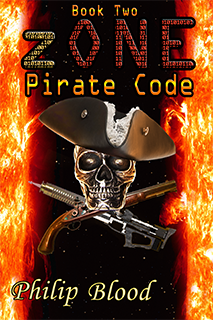 Yes, the second novel in the zONE series took a while to write. However, I hope it is worth the wait! It is my largest novel, by far, taking the characters on an epic adventure on Earth and in the wonderous Zones. It has intrigue, betrayal, romance, space pirates, adventure, battles, and all the fun of visiting some of your favorite stores as our heroes sail the Zone oceans on their amazing pirate ships.
The reason for the large size is that this is actually two books in one.  It even gets to the point, about midway through, when it will say, "Book 2".  The reason for this is that the two books are so symbiotically connected that I didn't feel the story in the first book would be satisfying enough unless you also read the second book about these characters.  So, I put both books inside one cover.

Posted by Philip Blood Blog at 9:49 AM No comments:

Book 7 of The Archimage Wars is ready to read, Divinity of Elysium

You can now read the next book in the series! 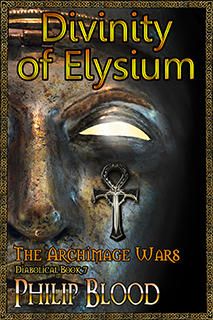 I've been writing again and I have finished the seventh book in The Archimage Wars, Divinity of Elysium. Much to his disgust, our hero and pals must go to a new world... one where a strange religion is forced upon all who venture there by the mage who claims to be a god. You may obtain this tale by going here: Divinity of Elysium

Yet, I should warn you, this series is a single flowing story, so don't read them out of order! Make sure you start with Wizard of Abal, then work your way up, reading Sorceress of Atlantis, Demon of Annwn, Seeress of Yaochi, Necromancer of Irkalla, and Huntress of Tartarus before venturing to the world of Elysium at the peril of your soul!
Posted by Philip Blood Blog at 9:16 AM No comments:

The Archimage Wars continues in Book 6, Huntress of Tartarus!

It's ready to read, the next ebook in the series! 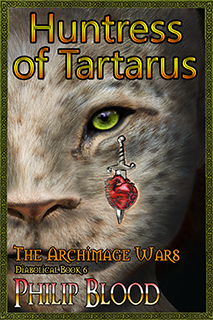 The sixth book in The Archimage Wars is out.  And now Nick is on his own, headed for the world of where the hunters of mages dwell, and Nick is the most wanted wizard on any world!
To get the ebook, go here: Huntress of Tartarus

But, if you are new to the series, start with Wizard of Abal, then work your way up, reading Sorceress of Atlantis, Demon of Annwn, Seeress of Yaochi, and Necromancer of Irkalla before heading to Tartarus to face the hunters!
Posted by Philip Blood Blog at 9:08 AM No comments: